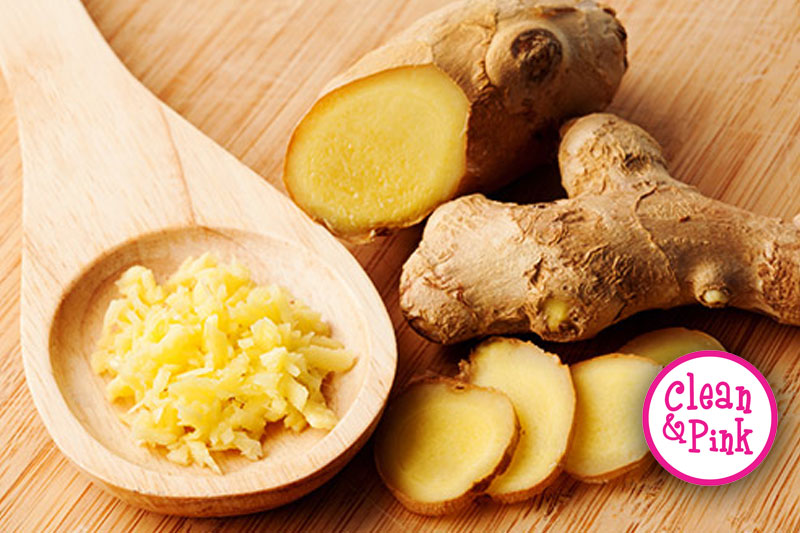 So why Ginger? What is the feature, function, and benefit of ginger’s usage ? According to gaiaherbs.com a great deal. But first I must share a tip I have been using for over 20 years. My neighbor and Actor friend Robert told me this when I lived in Indian Rocks Beach, Florida that I never forgot. Freeze your ginger root. This way, when you shave/grate over favorite dishes, it grates with ease. Ginger is a soft root and does not grate easily, unless frozen. What else……

Most are aware that Ginger and Turmeric are cousins. According to gaiahers they are both members of the zingiberaceae family and grow in sub-tropical, volcanic soils in the southern hemispheres. The plant is thought to have originated in tropical Asia and is widely cultivated in the Caribbean and Africa. Many cultures report similar uses of the plant. Its been used as a circulatory tonic and warming agent to calm occasional nausea and aid in a healthy immune respiratory response. Ginger supports a inflammatory response. Ginger is one of the most widely consumed aromatic spices on the planet.

“The fresh rhizome in Ginger is less hot and contains more of the flavor components such as triterpenoids and volatile oils which act on the peripheries of the body. The dried rhizome is quite hot from its concentration of pungent nonvolatile compounds known as gingerols and acts centrally to dispel what are referred to in Traditional Chinese Medicine as “Cold-Wind” conditions. Ginger has shown in numerous clinical trials to support a healthy inflammatory response and as a beneficial nausea aid. It is thought that Ginger promotes normal production of inflammatory markers which would explain its action on the immune system as well as its ability to promote healthy circulation and inflammatory responses” reference gaiaherbs.com.

The wonders of ginger are vast and Indiana University site the following “For thousands of years, ginger has been prized for its many health benefits. It’s a well-known cough and cold remedy, particularly when made into a tea or juice and mixed with honey. Ginger is also useful for treating arthritis-related discomfort, as well as easing muscle aches and migraines, thanks to its anti-inflammatory properties. Ginger is used in food and beverages by Asian women to alleviate menstrual cramps; ginger tea is thought to stimulate uterine contractions and is recommended to be consumed after childbirth to help the womb shrink faster. It is also thought to aid in the processing of breast milk. The doctors prescribe ginger root for stomach disorder, nausea, vomiting, diarrhea, and arthritic disease. It has mostly been used in folk medicine and alternative medicine in the United States to treat gastrointestinal upset, nausea, motion sickness, pregnancy-induced nausea, and arthritis”.

I personally use Ginger in many of my recipes. I grate ginger over meats and vegetables. I have notices that adding ginger in my over night marinades assists in the tenderization of various cuts of red meat. Ginger in a household staple! Clean and Pink uses it in some products for it aromatic appeal.