Central Gardens (Prominent Residential Midtown) If one were to google this area, they would immediately see that homes are not on the market for longer than a few hours and going for double the asking price. This is a definite sign of the times, but Midtown Memphis has become a reginal MECA for upcoming medical professionals as ST. Jude, Region One THE MED, (Renown Medical Crisis/ Trauma Med-Vac Hospital) Centers of Excellence including trauma, burn, neonatal intensive care and high-risk obstetrics. The Law School as the locals say, others call it The Cecil C. Humphreys School of Law, which has the #1 ranked facility in the nation. Downtown and Midtown 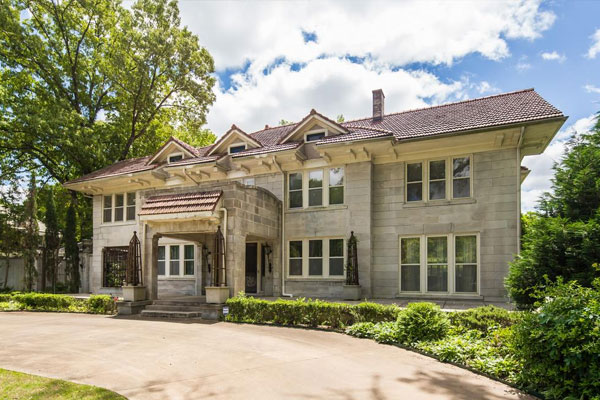 Memphis is also home corporate headquarters to FedEx, MALCO Theaters and AutoZone to name a few. Not to mention the home of the Pro Basketball and Baseball teams of the Memphis Grizzles and The Red Birds. But back to “The Gardens” if you go to centralgardens.org you will see the following information: Central Gardens was originally part of the Solomon Rozelle estate. Rozelle and a few others were the first permanent settlers in the area, and the house built by C.W. Rozelle stands to this day.

In the late 19th and early 20th centuries, the most prominent architects of the day made Central Gardens a showcase, and the city’s most prominent citizens made it the address of choice. Mayor E. H. “Boss” Crump lived here. So did Abe Plough, Clarence Saunders, and Baseball Hall of Famer Bill Terry. City forefathers, elected officials, captains of commerce, doctors, lawyers, educators, architects, artists and writers shared the streetscapes. Old money, new money and no money at all came together and formed the city’s most enduring neighborhood.

In 1982 Central Gardens Neighborhood, was listed on the National Register of Historic Places, and is composed of approximately 83 blocks, 1540 structures and 511 acres. The great majority of the structures are single-family residences; the area also contains multifamily dwelling units, churches and schools. Central Gardens is significant for its architecture, community planning and influential residents.

Call or email us if you live in the Central Gardens area of Memphis, Tennessee and you would like to schedule a cleaning services appointment
or setup a time for us to give you an estimate for cleaning services.