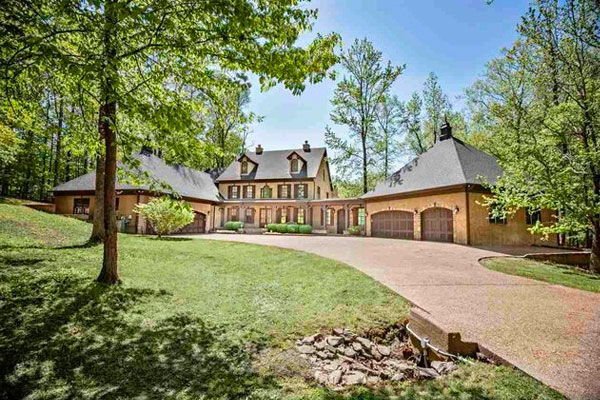 This lovely area, once undiscovered with a population of 300, is on the rise and one of Shelby County’s bountiful hideaways. With farm land, large lot lines and new homes one the rise, this community has now reached over 7,000. It’s a builders, farmers, ranchers and hunters, mecca. Wide open spaces with homes sitting on acreage, this community is building its reputation with over 20 neighborhoods in its 38028 zip code. The average home is selling in the hundreds of thousands ranging from the upper 300K to many new homes over 800K. These working Shelby county residents work in the city and enjoy the tranquil environment that only Eads can give, wide open spaces. The population density is approximately 100 people within a 1 mile radius. For some this might be too populous, but living in Memphis’s Shelby county, its only a 45 minute drive in to the city and Memphis well known medical district of St. Jude, La Bonner, The Med, Methodist University of Tennessee to name a few. When doing research of this community, there’s not much published. Wikipedia has the most factual data. Following is from Wikipedia: Eads is an unincorporated community in Shelby County, Tennessee, United States named after Civil War engineer James Buchanan Eads. Some of Eads (and some surrounding areas) have been annexed by the city of Memphis. Some of its area is currently still unincorporated. Eads is located north of Collierville, west of Somerville, east of Memphis and east of Bartlett. The Eads zip code (38028) stretches into both Shelby County and Fayette County, including parts of Hickory Withe and Fisherville. After a seven-year court challenge to the right of Memphis to annex, small portions of Eads were annexed into the Memphis City Council Second District in 1990s. Most of Eads is now designated as being in the Memphis reserve, meaning that Memphis can annex it at some point.Major roads in the community include Winfield Dunn Parkway (Interstate 269), U.S. Route 64, Collierville-Arlington Road/Airline Road (Tennessee State Route 205), and Seward Road.

Call or email us if you live in the Eads-Fisherville area of Memphis, Tennessee and you would like to schedule a cleaning services appointment
or setup a time for us to give you an estimate for cleaning services.